You are here: Home1 / blog2 / News3 / Meet the SEQ WaterFutures facilitators of the upcoming planning charre...

Meet the SEQ WaterFutures facilitators of the upcoming planning charrette

Planning and looking for new options to better manage impacts from extreme flood or drought events is a task occupying many professionals over the world.  Out of the extreme New Orleans flood of 2005,  an impetus to look at managing or adapting to better living with the Mississippi Watershed began.  Further floods in 2011 and the 2012 Midwest drought highlighted further climate volatility and this brought our 3 facilitators together at St Louis for a multi day workshop – looking to develop a strategy and to learn from those already implementing one to these extreme weather conditions.

Let me introduce our three guest visitors who will be guiding us through a planning charrette for the SEQ WaterFutures workshop.  It is joint international team from St Louis in the USA and from Bosch Slabbers company in the Netherlands.

This team together worked with local professionals and stakeholders on the Misi-Ziibi – Living with the Great River in 2013 and it will give you a taste of what is possible in this interactive and collective design workshop. 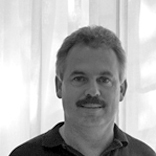 John Hoal is the Founding Principal of H3 Studio, Inc. He practices architecture, urban design & community-based planning, and lectures nationally on the design and development of sustainable, livable cities. John also serves as an urban design and development advisor to a number of cities, civic organizations, and community-based initiatives. In 1990, he co-founded the City of St. Louis’ first Urban Design Department and from 1993 – 2000, John was the Director of Urban Design for the City of St. Louis.

John is a highly experienced, skilled, and effective convener and facilitator of the public participation approach to design and planning projects. He has authored, managed, and facilitated over two hundred public meetings, workshops, and charrettes. He holds certificates as a Charrette Practitioner and Manager by the National Charrette Institute (NCI) and in public engagement by the International Association of Public Participation (IAP2); bringing the core values of integrity, openness, clarity, and transparency to the public planning process while building trust and credibility as well as ensuring that all affected parties are engaged in public decision making processes. 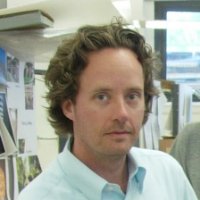 Derek Hoeferlin is a registered architect with his teaching, research, and professional work awarded, presented, and published internationally. Hoeferlin teaches core and option architecture studios at both the undergraduate and graduate levels, and coordinates “Design Thinking,” the graduate architecture research course preceding students’ final Degree Project. Since 2008, he and his students have collaborated with University of Toronto on “Gutter to Gulf,” and advocating for integrated water management strategies for New Orleans. 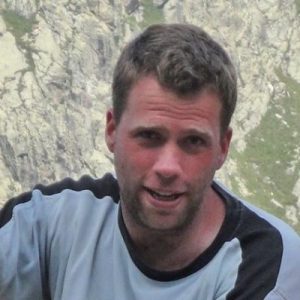 Tijs is a landscape architect and project manager working on a diverse range of projects, from small-scale development plans to large-scale regional visions, concrete implementation to the drafting of spatial policy.

Particular focus has included projects for the Room for the River program,  the Dutch Delta Program and various road infrastructure projects.

What is a Charrette? RiverCity views inspire SEQWaterFutures charrette
Scroll to top